The Internet Explorer is no longer technically supported by Mircrosoft. Therefore please use another browser when using our website. 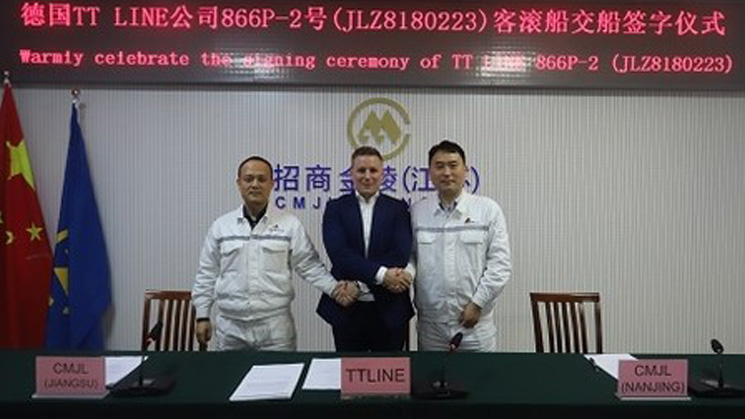 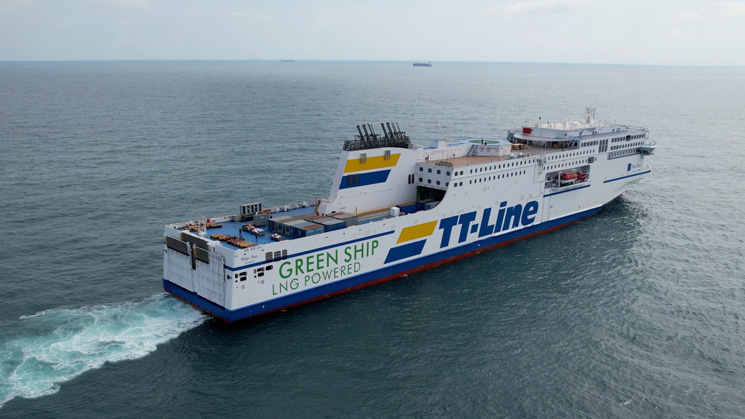 During the Sea Trials in Oktober and beginning of November the seaworthiness of the Green Ship Peter Pan was tested.

In this process, all functions are tested and numerous maneuvers are performed to check the safety, reliability and performance of a ship. This includes a speed, acceleration and maneuvering test. Additionally, the bow thrusters, the fin stabilizers or the anchoring were tested.
All in all, the second Green Ship performed well. 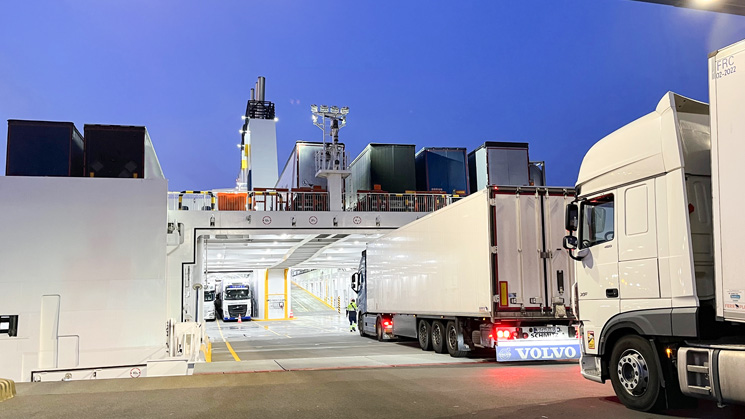 On the 11th of March, our Green Ship Nils Holgersson set off for Travemünde. On the evening of the 20th of April 2022, the ship docked for the first time at the Skandinaviankai in Travemünde. In the following 6 days, Nils Holgersson received its final touches.

Yesterday evening the time had come: Nils Holgersson officially began its service as a Sweden ferry with the first official departure from Travemünde to Trelleborg.

Following an introductory period, the new regular timetable will then be available to our customers from next week, with increased capacity on all routes and additional departures on our connections to and from Świnoujście and Klaipėda.

Maiden call of Nils Holgersson in Travemünde
20th of APRIL 2022 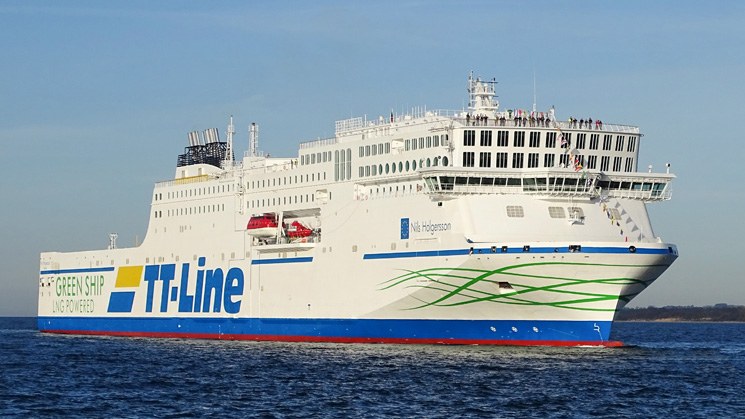 After 36 days and around 11600 nautical miles, the Green Ship Nilsholgersson docked at the Skandinavienkai in Travemünde for the first time on Wednesday evening, 20th of April 2022. Here, the ship will now be finally equipped and prepared for the start of regular ferry service on the Baltic Sea. 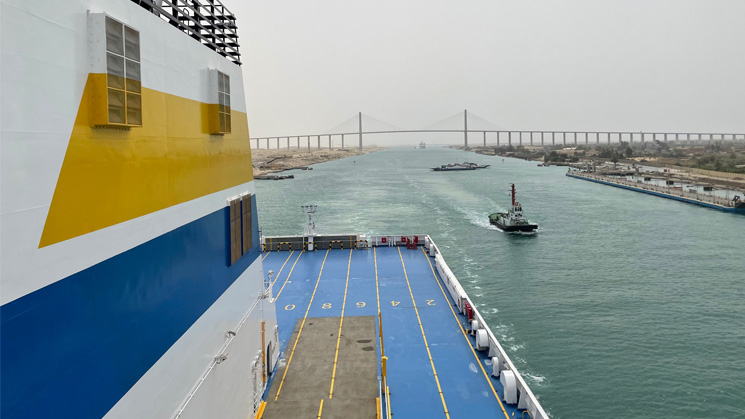 Nils Holgersson is on his way to Travemünde. After first stops in Singapore and Colombo, the ship has now also passed the Suez Canal. Hence, the arrival in Germany is approaching with big steps. With the introduction of the new Green Ship Nils Holgersson in our services, TT-Line will be able to offer you more capacity on all our services and to increase the sailing frequency on the Świnoujście and Klaipėda services.

On 07 March 2022 in the early hours of the morning the time had come - the first Green Ship was handed over to TT-Line with a festive ceremony. With this handover, the Green Ship Nils Holgersson now officially belongs to the TT-Line family. Within the next few days, the ship and its crew will begin their journey towards the Baltic Sea, covering some 11,600 nautical miles to Travemünde. 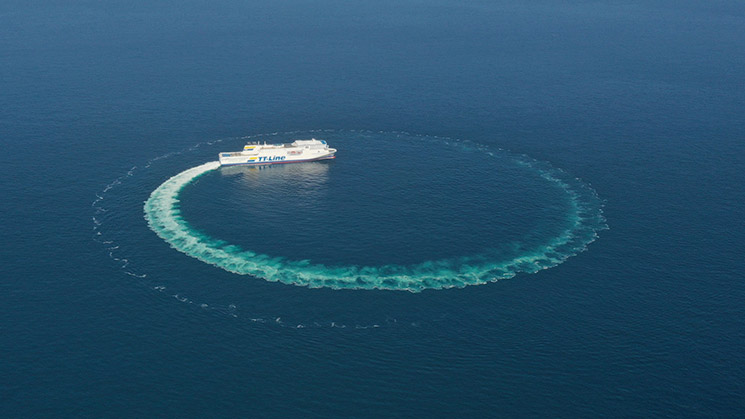 The sea trial of our first Green Ship has started! During the test phase the seaworthiness of the ship is being assessed. The sea trial will last about two weeks and is one of two test phases that are taking place. 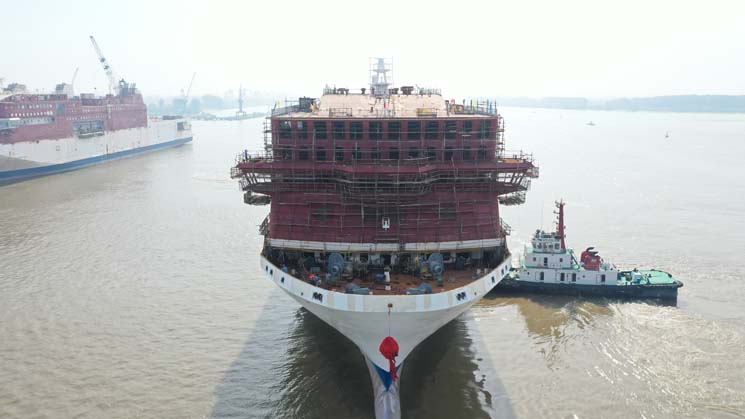 The launch of the second Green Ship marks another important milestone in TT-Line's LNG newbuilding project.
During the launching, which is today rather the floating of the ship, the dry dock is flooded until the ship floats up. Afterwards it is guided out of the dock by tugs and moved to the outfitting quay. There, the interior outfitting of the modern ship now takes place.

Launch of our Green Ship
NOVEMBER 2020

The Green Ship has successfully passed another milestone with its launching. During the launching, which today is more of a float-up, the dry dock in which the ship was built is flooded until the ship floats up. It is then guided out of the dock by tugs and moved to the fitting-out quay. From now on, the finishing of the interior and exterior areas begins.

Completion of the steel work
OCTOBER 2020 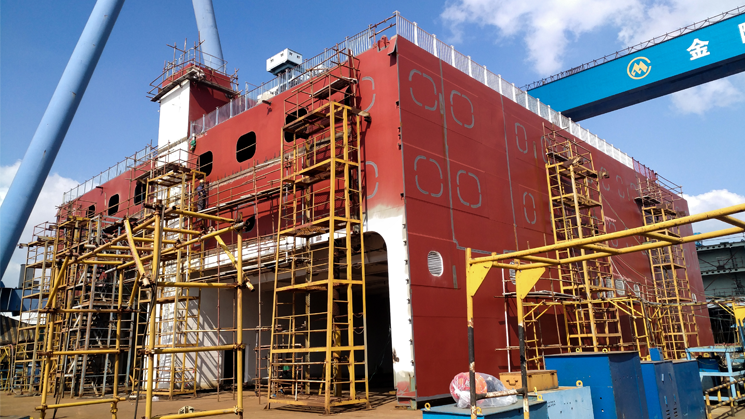 The steel work on our new building is nearing completion. So far, 12,434 tons of steel have been cut, welded and assembled into 386 blocks. These blocks are assembled into 8 main sections of the ship. The ship's 4 main engines have also been lifted on board - each weighing around 120 tons! 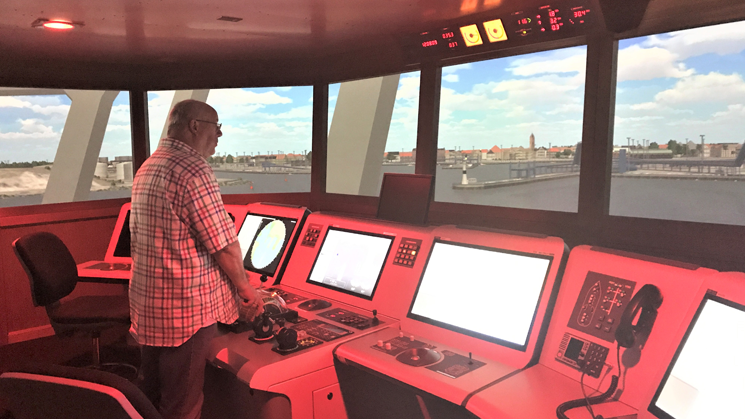 At the Marine Training Center (MTC) in Hamburg, our captains tested the reaction of our new Green Ship to various maneuvers in a port simulator to check whether the maneuvering specifications we set can be met. In the process, they simulated entering our ports. The data for the simulator came from trials with a miniature model of our new ferry in a test basin. As on a real bridge, our captains thus also get an initial feel for the handling characteristics of our future ship, such as when docking with different wind forces and currents. 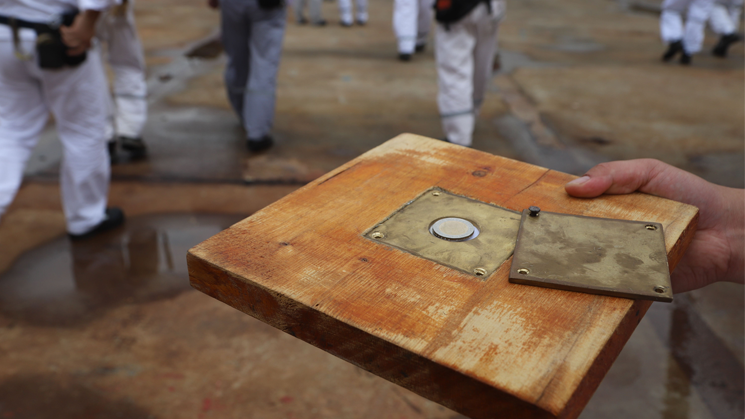 A major milestone for our GreenShip, the first LNG-powered ferry in the southern Baltic Sea. On 03.07.2020 the traditional keel laying and coinage ceremony of our newbuilding took place, marking the beginning of the hull assembly. In a festive ceremony, a series of coins is traditionally placed on the keel of the ship. 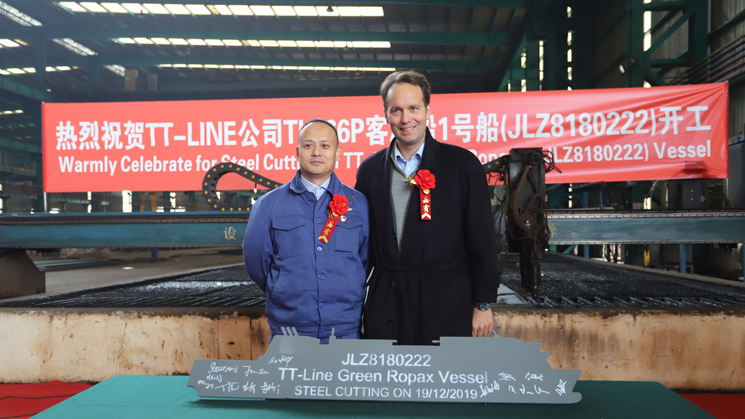 The steel cutting marks the official start of the construction phase of the LNG ferry, in which the ship is assembled from individual sections. While the planning of the interior design continues, the shell of the ship is completed. After the launch, the interior outfitting of the modern Ro-Pax ship will follow. 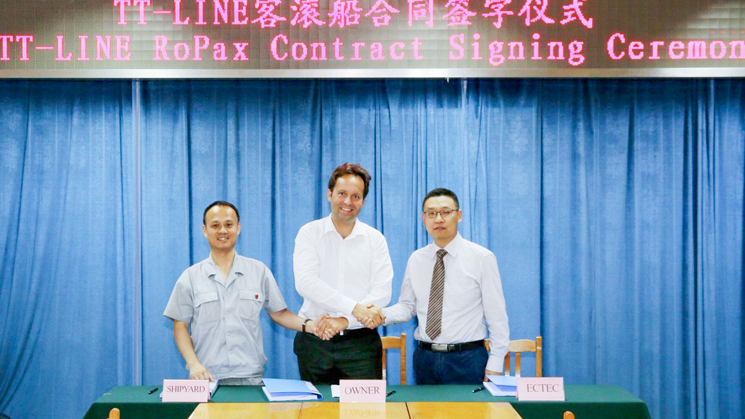 TT-Line has placed an order for the construction of a new so-called Green Ship ferry, which will be delivered in the course of 2022 and deployed in the TT-Line service on the Baltic Sea. The latest generation of TT-Line Green Ships is characterized by high efficiency and flexibility. Compared with the current generation of ferries, the new TT-Line Green Ship significantly reduces emissions of pollutants. The order was placed with the Chinese shipyard Jiangsu Jinling. TT-Line has optioned a second ship.